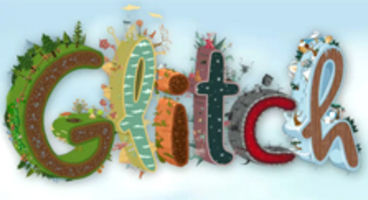 The studio says they "shared the same values" as Takahashi-san, and we're delighted to get him onboard. They're looking to "defy convention" with Glitch.

In the MMO we find ourselves in the minds of 11 giants, where players choose "how to grow and shape the world: building and developing, learning new skills, collaborating or competing with everyone else in one persistent world," reads the official website.

Naturally something that bonkers appealed to Keita Takahashi, who created his very own lunacy with Katamari and Noby Noby Boy. The Japanese designer has already left Tokyo and is heading for Tiny Speck in Vancouver, Canada.

"We know how hard it is to defy convention and make something entirely new. So we've always had tremendous respect for Keita's work and we were sad for games when we read a few years ago that he was pulling back from the industry because it was all getting 'a bit dull'," said the Glitch developer.

"A few months ago we were lucky enough to start talking to him. We played some Glitch together, batted ideas back and forth and found that we shared the same values - deep beliefs in curiosity, humour, absurdity, and above all a belief in the positive power of play."

Takahashi-san quit Namco in 2010 after 11 years working for them. "The reason why I quit Namco was because I started to feel like I didn't belong there any more," he said.

"The games I was making were not necessarily the best-selling ones. I realised Namco was, as a business, going down a bit."

"Also, my colleagues were leaving to do another project. I started to feel like I didn't belong there any more." After leaving Namco Bandai, Takahashi-san set up a new company called uvula with his wife Asuka Sakai, a composer. Glitch has begun its beta.

"Even though we’re starting to get used to the idea, it’s still a huge thrill and a significant honor to be able to say: we get to work with Keita Takahashi! Glitch’s awesomeness will continue to increase," proclaimed Tiny Speck's developer blog.