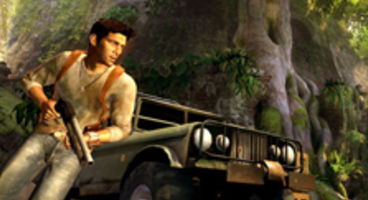 Actor Nathan Fillion who became the fan favourite to play Nathan Drake on the silver screen has said how "honestly excited" he is too see Mark Wahlberg get it.

The movie star has "mad skills" said Fillion after watching action comedy The Other Guys. Back in November Wahlberg was officially cast as Nathan Drake.

"Just watched The Other Guys, and honestly excited to see Wahlberg in Drake's Fortune," twittered fan frontrunner Fillion. "He's got mad skills." Before the role was given to Mark Wahlberg, Fillion had started a small twitter campaign to get on the project.

"If ever there was a Twitter campaign, let this be it," Fillion told followers. "Rise, ye Browncoats. Rise, ye Castillions. RISE!" Unfortunately for Fillion and many Uncharted fans he didn't manage to impact the Hollywood decision making process.

David O Russell is directing Uncharted , which has Nathan Drake hanging out with his 'antique hunting family', and he has a very close professional relationship with Wahlberg. Their most recent film together was The Fighter, alongside Christian Bale.

While Nathan Fillion is a good sport, fans have been expectedly less so.