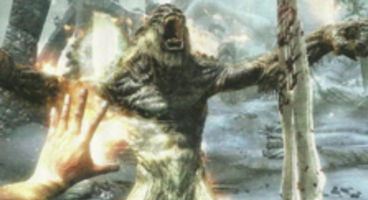 Many cries have gone out to Bethesda to include multiplayer features with Elder Scrolls titles, which isn't a "wrong or unreasonable" request to make, but it's difficult.

The actual ways in which Bethesda picture being able to inject multiplayer end up creating an "unpalatable" experience, it makes for a "lesser version" of the game.

"It's not wrong or unreasonable for people to want to experience a game with their friends, or want to do things with folks online. There's nothing wrong with that at all," said Bethesda's marketing boss, Peter Hines.

"What we've tried to do is help people understand that in game development, it's all about trade-offs. One of our mantras here is that you can do anything - you just can't do everything." Currently they're developing Elder Scrolls V: Skyrim.

"So certainly we could do multiplayer. Unquestionably. It's not a thing we're technically incapable of figuring out. But when we draw up the list of things we'd like to have cut or change in order to support that feature, what we end up with is unpalatable. It'd make a lesser version of the game. And there is no doubt on the dev side that that is the case."

Elder Scrolls V: Skyrim releases on Xbox 360, PS3 and PC this year. Do you wish to see the Elder Scrolls universe embrace multiplayer? Should they have co-op?