12 December 2011 | By Jamie Davey
During the weekend at the Spike Video Game Awards, EA confirmed that BioWare is working on Command and Conquer Generals 2, which will be released in 2013 exclusively for the PC.

Powered by the frostbite 2 engine, Generals 2 once again puts players in the middle of an all-out war between three unique factions - GLA and EU are confirmed, but the third faction will be revealed later. It will be developed by the newly opened BioWare Victory studio, which has veterans from past C&C games on the team. 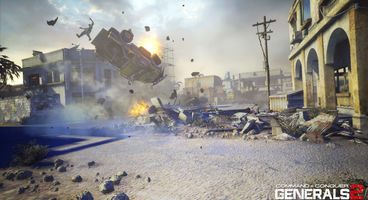 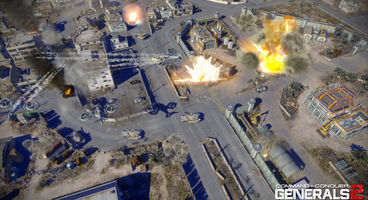 "We're bringing BioWare's vision for emotionally engaging gameplay and great attention to quality to the strategy genre and the Command & Conquer franchise," said Dr. Ray Muzyka, General Manager of EA's BioWare label. "I am excited to welcome BioWare Victory to our label. They are a great addition and the team is working hard to make sure Generals 2 truly immerses and engages players into this intense, gritty, modern war experience."

"For the last eight years, Command & Conquer fans have been begging for a return to the Generals universe," said Jon Van Caneghem, Executive Producer of Command & Conquer Generals 2. "With Generals 2, we are bringing the Command & Conquer franchise back to its roots, blending strategic gameplay with fast-paced action -- all set in visually stunning theaters of war powered by Frostbite 2."

In Command & Conquer Generals 2, world leaders are mere seconds away from signing a peace treaty and bringing an end to a global war when a devastating terrorist attack rips through the conference, killing everyone in attendance, leaving only the world's military superpowers in control. It's up to you to assume their roles, take command of their forces and conquer global terrorism once and for all. Players will take control of three unique factions in a thrilling single-player campaign, and with friends online in cooperative and competitive multiplayer modes.

* All-out War – Take control of three unique factions, competing for resources, building up your base of operation, and leading massive batteries of tanks, soldiers, and aircraft into battle.

* Uncanny Sense of Realism – Frostbite 2 technology allows for visceral, visually stunning conflict at an epic scale. Incredibly detailed units and environments, dynamic physics, and exhilarating visual effects bring the battle to life in ways never before seen. This is the closest thing to real war without the consequences.

* New Ways to Dominate or Ally with your Friends – Go beyond classic deathmatch with a selection of new multiplayer game modes, designed with both cooperative and competitive play in mind.

* Ever-evolving Experience – Enhance your game with an expanding array of downloadable content. From maps and units to factions, campaigns, and more, the fight against terrorism is deeper than ever.

Stay tuned to Strategy Informer as we'll bring you more news about Generals 2 as development progresses. 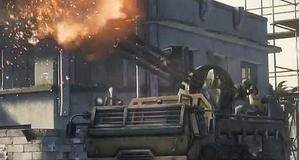