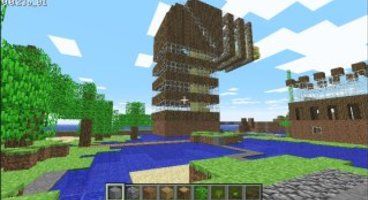 Markus Persson, better known as Notch, has announced in a tweet that sales of Minecraft has surpassed one million.

The official website has confirmed this, noting, "So far 3171184 people have registered and 1000552 people bought the game."

Over three million registered Minecraft users and over a million paid players - not bad for a game that's just gone into beta.