THQ give Patrice Desilets his 'three guys', all of them "are Ubi" 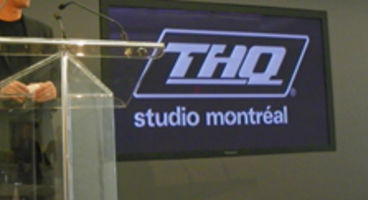 THQ's Danny Bilson says "all three of them are Ubi," and that they were the "most important" to Desilets. The developers are all "on retention".

There's nothing quite like a good corporate poaching. "I don't think I can talk about the other three people we've already contracted because I wouldn't... I just know Patrice said, 'I need these three guys.' And I said 'Okay! Whatever you need!'," said THQ's Bilson.

"We put all of them on retention and got them started on their non-competes. I kind of know what their roles are, but they were the most important people to Patrice. All three of them are Ubi." Patrice Desilets will be heading the new THQ Montreal studio.

THQ announced Desilets was on board with the publisher back in October a few months after he departed from Ubisoft and the Assassin's Creed franchise. They have to be patient though as Desilets can't start work until May 29th when his non-compete ends.

THQ Montreal will be entirely in his hands. "I trust him ... basically it's all about trust and support," declared core games boss Danny Bilson. The studio isn't going after "just Ubi, but people from the community in Montreal and all over the world."