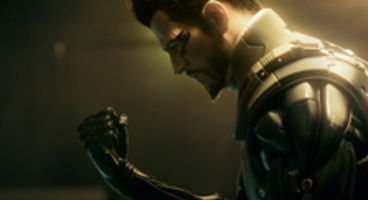 Sony's PSN isn't the only one experiencing a massive data breach as the official servers to Eidos and Deus Ex: Human Revolution's websites have been hit.

Security site KrebsOnSecurity claims 9,000 CVs were stolen, along with personal data on 80,000 registered users. Logs reveal a 'source code' was raided too.

It’s unclear what this "src" refers to exactly, found in the chat logs of the hackers apparently responsible. Those behind the breach talked about likely releasing all the personal data and file-sharing the 'src'. It's very unlikely to be the Deus Ex game.

Allegedly the hacking group Anonymous is undergoing a 'civil war' of sorts and that a splinter group was responsible for the PlayStation Network attack, and this Eidos breach too. Are other studios on the hit list for these hackers? Could Steam be among them?