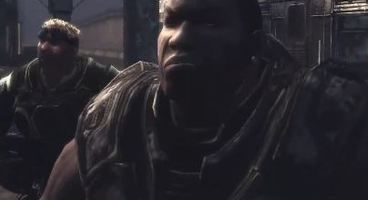 Players will now be able to play as "The Cole Train", and Baird as the co-op player, in Gears of War 3, Epic Games reported.

This will happen during the campaign when it goes back in time to show what Cole and Baird were up to after they'd split up from Marcus and Cole. For example, in the campaign, Cole and Baird shoved a large box of tickers off the bridge during Marcus' mission - the game will go back and show just how Cole and Baird got to that spot.

Rod Fergusson told 1Up.com regarding the Locust, "they want to keep (whether they get an in-depth strory) a mystery." Color us intrigued.