2K want to be "Miramax of the early days," innovation and profit 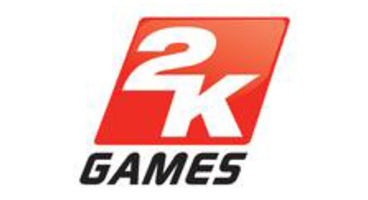 2K Games president Christoph Hartmann is inspired by the early days of Miramax, saying they want to balance innovation and creativity with profitability.

He notes "so many franchises die" due to "poor quality or creativity running out." Some things weren't meant to "go on forever." Won't jump the bandwagons.

"Our studios don’t want to do the same things all the time,” stated Christoph Hartmann, talking about new IP at 2K Games and their studios.

“I have seen so many franchises die because of poor quality or creativity running out. Not everything is meant to go on forever. You have to push yourself and build new things, there’s no way around it." They want to be the Miramax of the games industry.

"My vision for 2K is to be the Miramax of the early days, when you had all these great movies that won Oscars but were also commercially really successful. That’s what we want to do."

"In the last generation of consoles, I remember walking around E3 and seeing nothing but WWII games. Everyone had one. Back then costs were much lower, but now the industry really has a problem with costs. I know we all like to play safe," he continued.

“It is always a risk to put out a new IP, with so many strong players with established properties, but you have to, we have got to be different. We are about making great things, having fun and making money. Like life.”

Hartmann believes it's best to let studios create what they're passionate about and not just assign them a project to take advantage of a particular genre. "I am not of the belief that you need to strategically move into genres because they are growing,” he explains.

“You have to have the right studio that is passionate about that genre and believe in it. And you need to add a unique twist to it, like Gearbox Software did with Borderlands."

“It’s not about having our matrix and saying ‘oh we don’t have a game in this genre,’ and then saying ‘well, who can create one for us? How about 2K whoever because they have just came off a project.’ “That doesn’t sound like a good formula for success. Someone needs to drive it and the team needs to have a great idea,” concluded the 2K boss.

Do you feel 2K Games and their studios have avoided the trappings of serialisation? Sometimes we just want a games franchise to run and run don't we? Irrational are doing all they can to bring BioShock's unique wonderment alive again with Infinite.