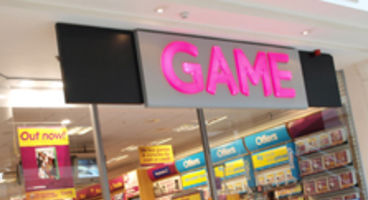 Mary Portas is a "leading retail marketing consultant" in London and recently has come to public notice thanks to TV show Mary Queen of Shops.

She tackles companies and their customer service policies. Her son, who is 17, was refused a 15+ game despite being "advised" them in-store.

Portas' son was at GAME and was convinced to purchase a 15+ rated title by an in-store sales assistance, however when he arrived at the cashier he was refused the sale after failing to produce ID. He did show an Oyster Card which stated he was at least 16.

Acceptable forms of ID are government issued; a passport, a driving licence etc. Mary Portas decided to attack GAME for both pitching a videogame to him deemed suitable for 15 year old but then failing to believe he was old enough to buy it.

"STILL holding on after 8mins to spk to a human at GAME Ox st where they refused to sell my "17 yr son a 15 + game. Now they've cut me off," twittered Portas.

"His 16 plus Oyster card. Plus the sales asst advised these games for him. The cashier then said no," she added. Her son had since returned to the store with 'correct' ID and bought the games. Portas seems to have had a good conversation with GAME's CEO.

"spoke to CEO of GAME. Impressive and bright. Agreed good customer service is worth fighting for and how tough the regulations they face are", she later twittered. Underage videogaming is always a hot topic in the industry because of news outlets.

Recently Fox News alleged that Bulletstorm was excessively violent and that very young children got their hands on these types of games because of very lax enforcement of age ratings in retailers. Naturally a backlash hit this typical Fox brand of ignorance.