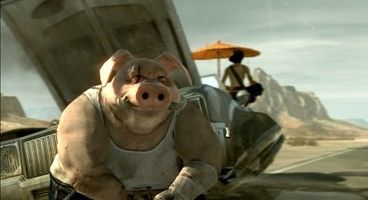 Ubisoft's Marcel Ancel has reassured fans again that Beyond Good & Evil 2 is still in development, and parts of the game are "done".

"As a game developer that's exactly the sort of game you want to work on your whole lifetime," Ancel, also the creator of Rayman, stated, "So yes, we are really thinking and we have lots of ideas. More than that, we already have a lot of gameplay, characters are done, so it's still in progress."

Ancel even hinted in an interview with Joystiq that the sequel might be released on next-gen consoles: "With this kind of game, we can do prototypes on very high-end PCs and we can really try to play in the kind of future-console style hardware. So, it's just a question of saying, 'Okay, do we cut everything and rebuild to these consoles, or do we try to move forward?'"