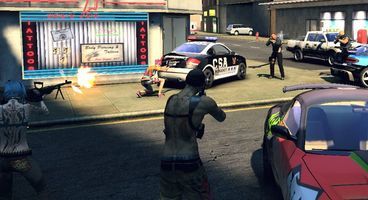 Developer GamersFirst is refuting an early GameSpot report that free-to-play open world MMO APB: Reloaded would be getting a boxed retail release for $29.99 USD. The initial report stated that gamers who purchased the game in retail would get $45 worth of premium content.

"Given that APB Reloaded has been the most talked about online game this summer and its unprecedented growth in open beta players, it has become very attractive to large institutions in the game distribution business," said GamersFirst senior marketing VP Rahul Sandil.

"In just six weeks of open beta the game has attracted over 600,000 users and over a quarter million fans on the game’s fan page on Facebook. As a result of this success, we’ve been approached by retail partners to launch the title on retail shelves.

"Although we are evaluating our options, we have not picked a potential partner as of now. GamersFirst is also committed to the Free2Play model and any retail strategy will be guided by those principles."

Howevre, Rahul has not ruled out the possibility of a retail release of APB: Reloaded in the future.