US PlayStation Store gets From Dust, God of War: Origins, Pong 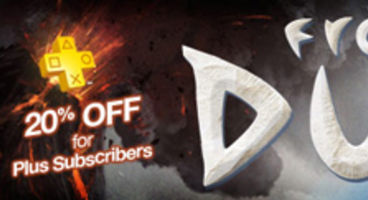 The weekly US PlayStation Store update has some juicy morsels as God of War: Origins is now downloadable, and Ubisoft's From Dust arrives for PS3.

EA's FIFA 12 gets a demo as does Konami's Pro Evolution Soccer 2012, Renegade Ops, From Dust and Ace Combat Assault Horizon. See below for the full US PlayStation Store update courtesy of the US PlayStation.Blog. 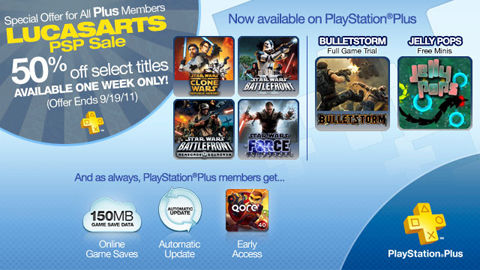 God of War: Chains of Olympus

God of War: Ghost of Sparta

God of War: Chains of Olympus

God of War: Ghost of Sparta

Free Avatars (One Week Only)

Discover the origins of Kratos with the definitive compilation of God of War: Chains of Olympus and God of War: Ghost of Sparta on a single Blu-ray disc! Fully remastered in high-definition 1080p and stereoscopic 3-D, players will discover the dark past that continues to haunt the Spartan Warrior

RENEGADE OPS puts you in the driver seat of an elite mobile commando unit sent behind enemy lines to defeat Inferno, a madman intent on global domination! Defeat enemies across a range of stunning environments using a wide variety of assault vehicles armed to the teeth and each with their own unique combat ability.

Discover a unique Modern God game where nature is the star: From Dust, the latest original concept by Eric Chahi, visionary creator of Another World. Behold the beauty of a primitive world and face the might of nature. Beware the danger of a constantly changing world under your command. Control the destiny of a tribe struggling to survive and help it recover its ancestors’ lost powers

From the creators of Ferrari Challenge comes a brand new Ferrari racing extravaganza; Ferrari The Race Experience! Featuring the definitive Ferrari collection (including such greats and the GTO, the Enzo and the 458 Italia), awesome new tracks, a three-tiered Career system and 1-16 player online multiplayer, this new game is the ultimate Ferrari racing showcase!

Bulletstorm is an over-the-top shooter that introduces signature ‘skillshot’ gameplay. Players combine gunplay with unique kick, slide and leash mechanics to kill with skill. You are the hunter where every enemy presents an opportunity for stylish, over-the-top and ever increasingly bloody ways to take them down.

The heat of competition is alive and well in the world of Elemental Monster Online Card Game! Step into an arena of tactical battles in an all new online PlayStation Network card battle game that pits you against foes from around the world. Featuring astounding card designs from world renowned artists such as Yoshitaka Amano, Elemental Monster Online Card Game challenges gamers to show their skills in tournament play to become the best!

Almost never seen outside of Japanese arcades, Cyberbots: Fullmetal Madness finally makes its way to the US! Pick a pilot from a cast of six different characters and one of twelve unique and powerful mechs, then duke it out in classic 2D style!

Take Pong to the next level in this revitalized version of the classic video game.

Take Renegade Ops for a test drive in this action packed demo!

Be one of the first to experience the awesome PES2012, with this complete demo version. Try new Teammate Control, Active AI system, and Off the Ball Control.

Metropolis, capital of crime. Private Detective Red Johnson is stretched to his limits after shots were heard from Drownedman’s Bridge. Explore strange worlds, find and use clues that will lead you to the truth in this unique game with stunning backdrops. Question suspects and confront them in breathtaking action scenes.

Discover a unique Modern God game where nature is the star. Immerse yourself in a world as exotically beautiful as it is dangerous. A universe where Nature reclaims what is Hers; and you are your people’s only chance of survival. Try out your godly powers in this trial version.

A full length featured video roundtable with all of the past and present Game Directors for the God of War franchise in front of a live studio audience, including: David Jaffe, Cory Balrog, Ru Weerasuiya and Dana Jan.

Check out the Motorbike and Beam Katana Bundle! Play as Travis Touchdown as you fight to become the world’s #1 Assassin! Ride down the streets of Santa Destroy and begin your meteoric rise to the top!

Unlocks Seravee Gundam and its pilot Tieria Erde as a playable character. An additional mission “Mission Plan: The Last Line of Defense” is also included in the pack.

Use original costumes for the 16 Jin and Other officers including uniforms, suits, high school club outfits, etc. Experience a battlefield like you’ve never seen with these unique costumes!

Play the ‘Chibi’ and ‘Hefei’ stages in CONQUEST MODE, with 3 scenarios remastered from DYNASTY WARRIORS 2 for each stage.

Complete new scenarios in Conquest Mode to acquire new versions of 35 different weapons from the game, and 5 downloadable weapons for players who have downloaded those weapons.

Add two exclusive vehicles to your garage and take a heart-stopping ride through six challenging events to scoop a bounty of chips – the prized currency in MotorStorm Apocalypse.

The LittleBigPlanet 2 Move Pack combines the PlayStation Move controller with the world of LittleBigPlanet, and with five giant story levels and seven side levels, this is LittleBigPlanet’s biggest Downloadable Content (DLC) pack to date!

Call Of Duty: Black Ops Call Of The Dead Theme