14 October 2011 | By Jonah A. Falcon
Ubisoft has been releasing an Assassin's Creed game annually for the past three years, and it doesn't want to end the trend in 2012 with Assassin's Creed 3.

"The production cycle is less than a year, which actually for me is about ideal," Poiker told Edge Online. "But a lot of people complain about that, I mean I'm talking internally - people say there's not enough time." 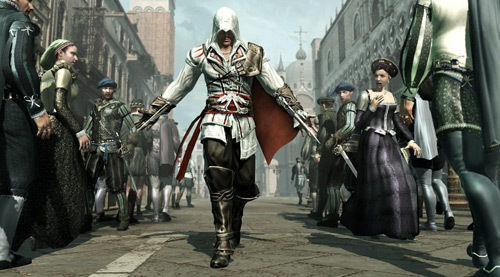 Poiker thinks the short development cycle crunch gives them an edge; "It gives an impetus to the team and we find a direction that we say we're going to run in, and there's very little of the indecision that comes with teams that spend two, three, four years developing games",

"Frequently those games will restart completely from the ground-up because they're like, 'We're not satisfied where we are.' We don't have that luxury so the time actually kind of works in our favour. We go one direction and we go with it. If there's problems, oh well, we'll fix it along the way."

There's been some games that have suffered from a yearly release, like Tomb Raider and Guitar Hero, while others have thrived on it, like Call of Duty and more recently Halo.

Are you pleased when your favourite games receive annual releases, or do you worry about loss of quality? Let us know in the comments area below.