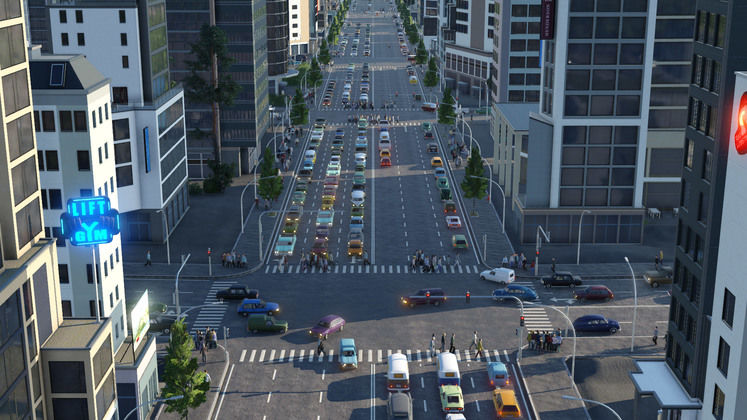 Transport Fever 2 has finally launched and mods are already cropping up, ready to enhance the transportation simulator. With gameplay spanning from the 1850s until modern times, there's definitely plenty to enhance.

Whether it's new vehicles, streets, bus stops and more, our handy list of The Best Transport Fever 2 Mods gathers picks, whether must-have or simply cool, in one place. 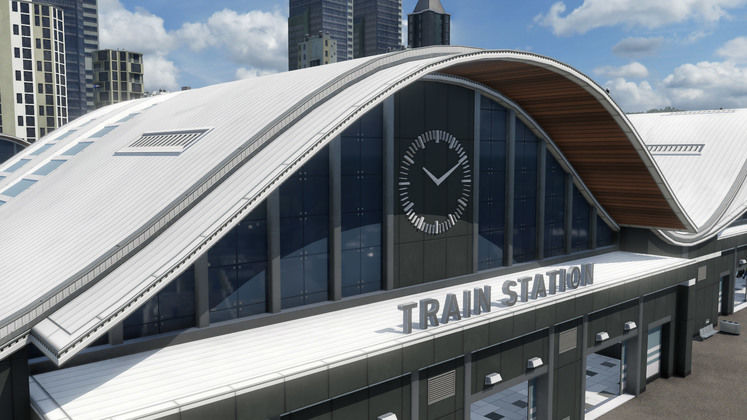 Our list of the best Transport Fever 2 mods has grown quite a bit since the title's launch and will continue to grow as more modders get to change the game or add to it according to their vision. Thus, it'll be worth checking back periodically to see the new additions. 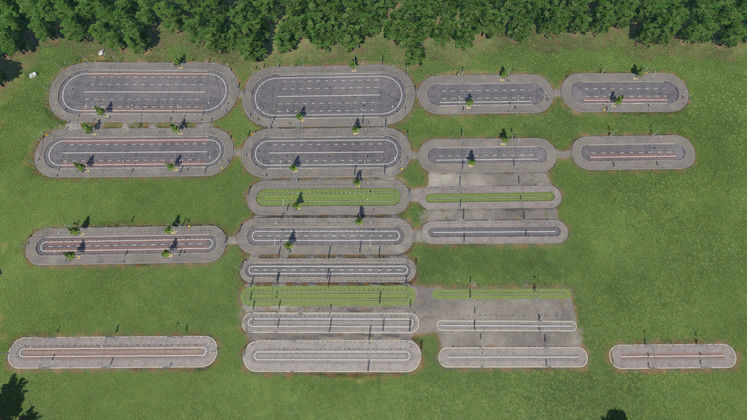 The Marc's Street and Trampack Mod adds a number of new streets, including green tracks for trams. You'll find the new additions in the street menu, under the Tram category, split into two types: roads without red bus/priority lane and roads on which the AI cannot build houses and which also have no red markings.

If you're looking to make your cities more colorful and lively, the More Colors by LINX Mod should be right up your alley. Users gain access to 20 official colors alongside a total of 80 Pantone colors that can be applied to lines and vehicles. 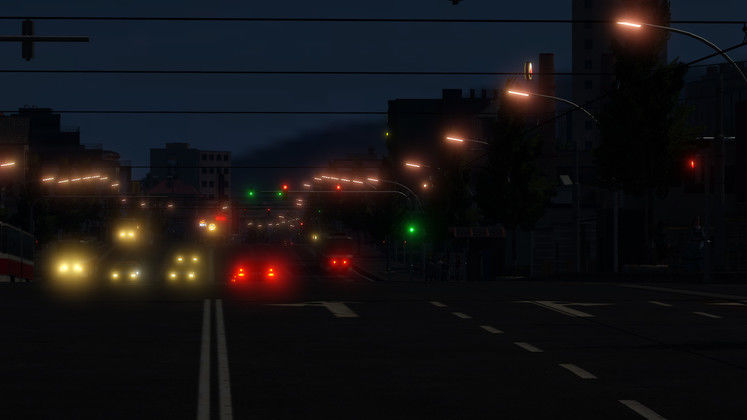 Tired of good old daylight? The Night Mode Mod, true to its name, darkens everything so that your Transport Fever 2 session gets as close as can be to taking place at night. The mod is currently listed as experimental and doesn't yet feature a day/night cycle but, nonetheless, having the option of turning down the sun is very much welcome. 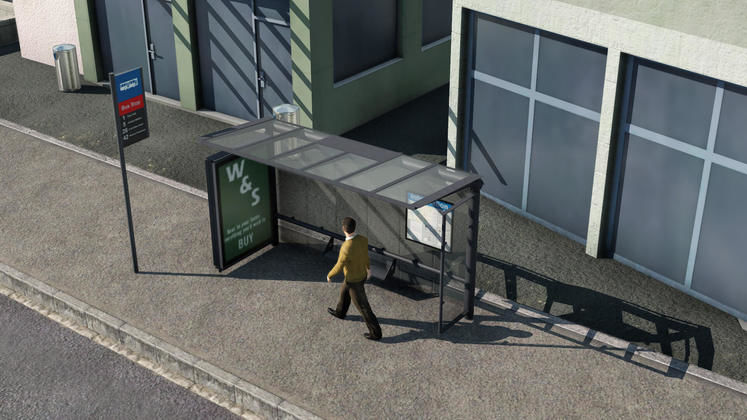 One of two mods tackling bus stops in Transport Fever 2, the Urban Bus Stops Mod adds an urban bus stop that can be used starting with the year 2000. Creator EISFEUER plans on expanding the pack to feature more options in the future. 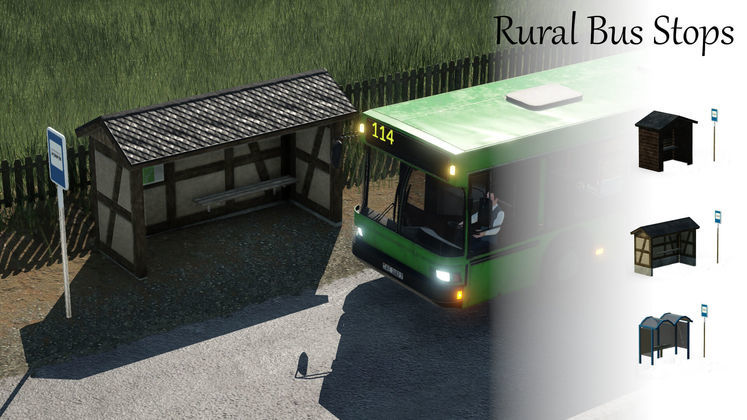 As opposed to its modern counterpart above, EISFEUER's Rural Bus Stops Mod looks to the past, adding three bus stops, two of which are available starting with 1850 while the third can be used from 1950. 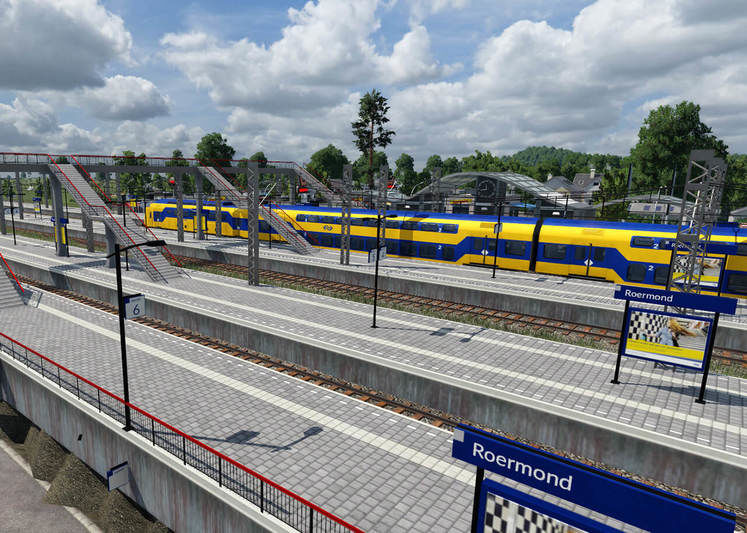 The NL Modular Station Mod adds a number of different modules for players to use when building stations. Included with the mod are adaptive platforms that know when there's a track next to them and adapt their appearance accordingly, dynamic overpasses that automatically creates bridges between placeable stair modules and more. Its only downside is that it currently doesn't support Terminus stations. 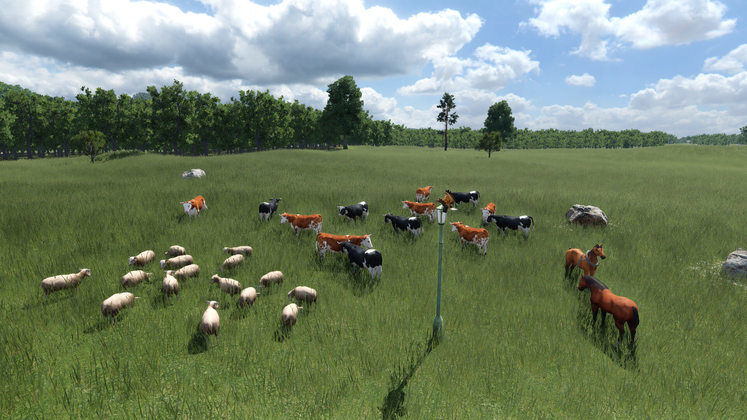 The Animals Asset Mod aims to bring more nature into Transport Fever 2. The mod adds cows, sheep and horses to the game making for more visually interesting areas when you move outside of its concrete jungles. 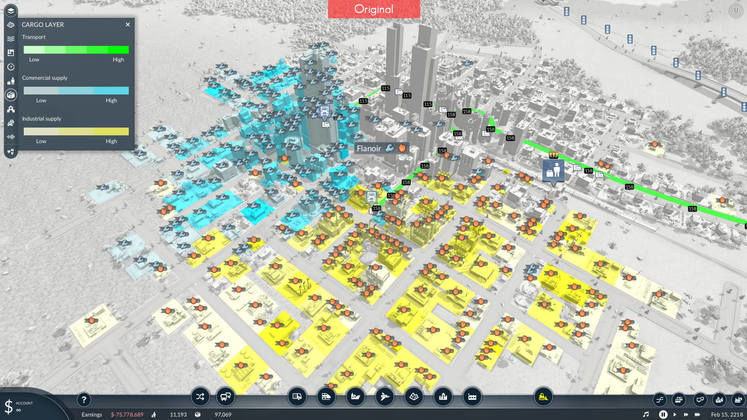 Transport Fever 2's heatmaps are useful tools that help you assess the situation of your transport network more easily. The Better RCI Colors Mod improves the heat maps' colors by making them stronger, more distinctive and easier to read. 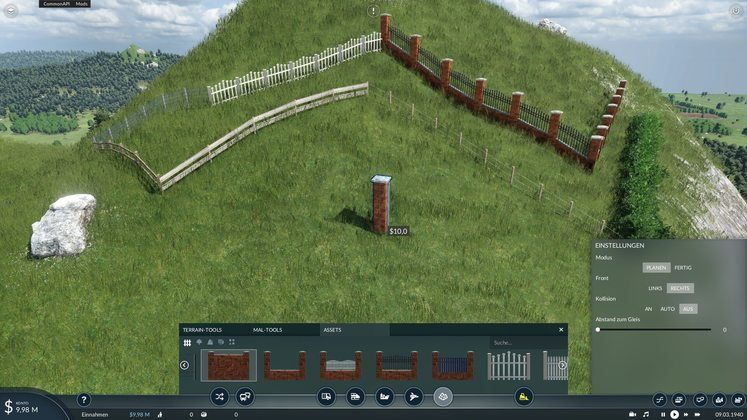 The Fences Mod makes our list of the best Transport Fever 2 mods because it not only adds more items to the game, but also lets players channel their inner builder on lighter projects than setting up full transport networks. The mod adds a variety of fences, walls and hedges to the game, gives players a preview of how they connect while building, and also lets players alter the orientation and collision of each separate segment. 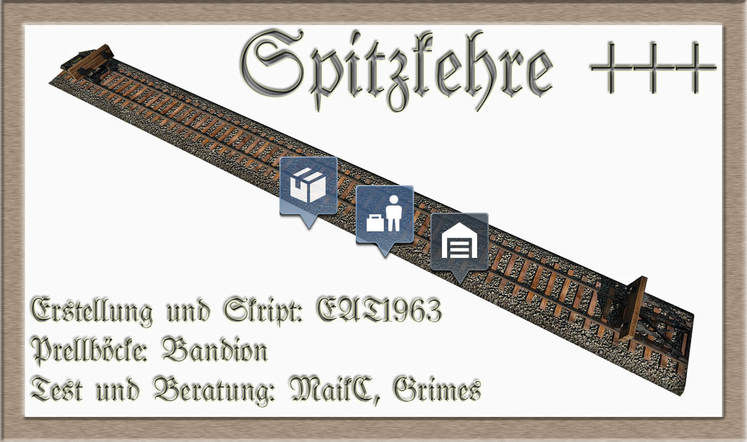 The Spitzkehre +++ Mod aims to make train stations more efficient by adding a track that also counts as depot, passenger and goods station without requiring other buildings. 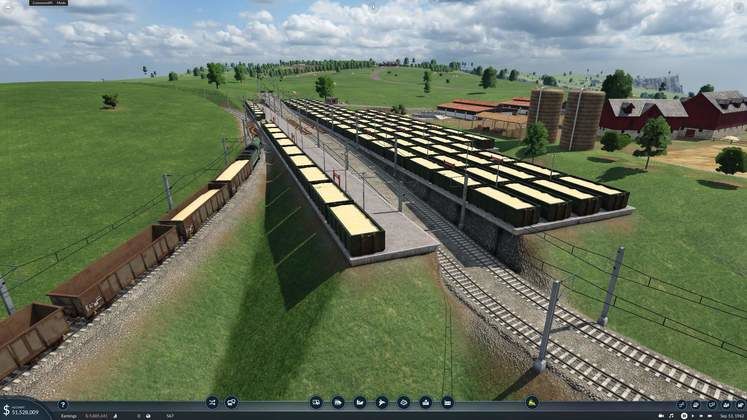 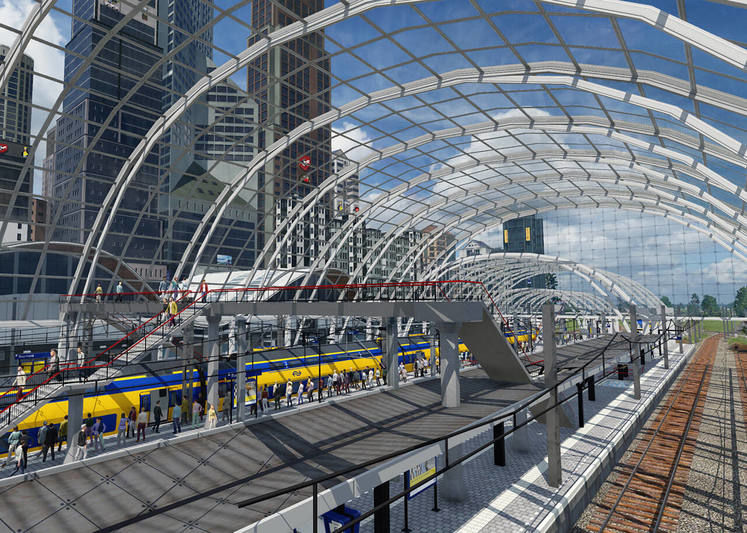 The Modular Station Roof Mod gives you a freer hand at building the roofs of your train stations. While the mod was built with the NL Modular Station Mod featured above, you can also safely use it with any modern station in the vanilla game. There's also a modern variant that only works with stations after 1975. 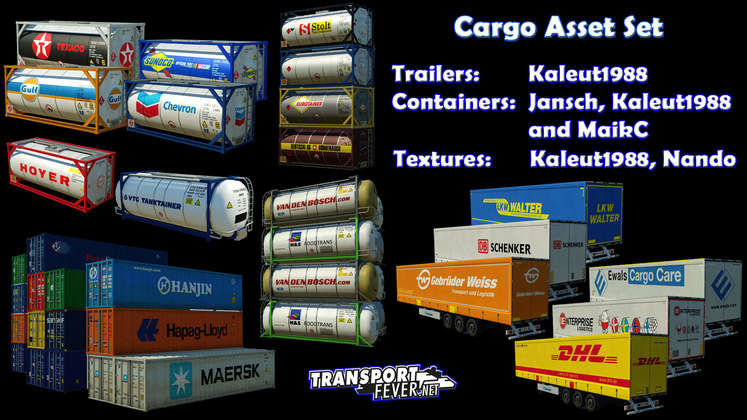 Another straightforward entry on our list of the best Transport Fever 2 mods, the Cargo Asset Set Mod adds various containers and tank containers of various sizes alongside decorative truck trailers to the game. 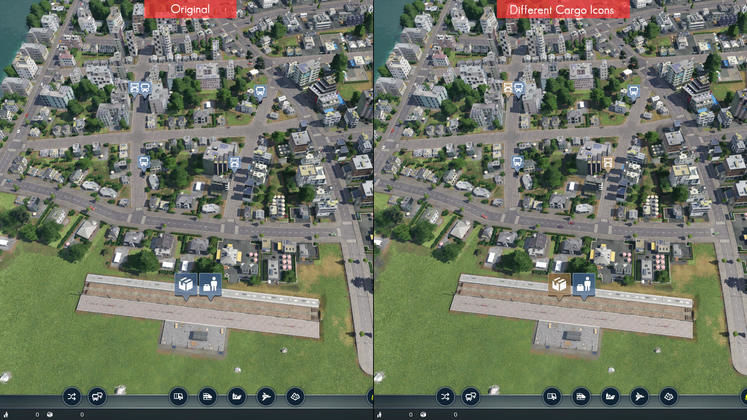 Sometimes, a small mod can have a large impact and that's precisely the case with Transport Fever 2's Different Cargo Icons Mod. What it does is simply change the tint of the cargo icon to make it more easily distinguishable from the passenger one and reducing the number of times you accidentally click the wrong icon. 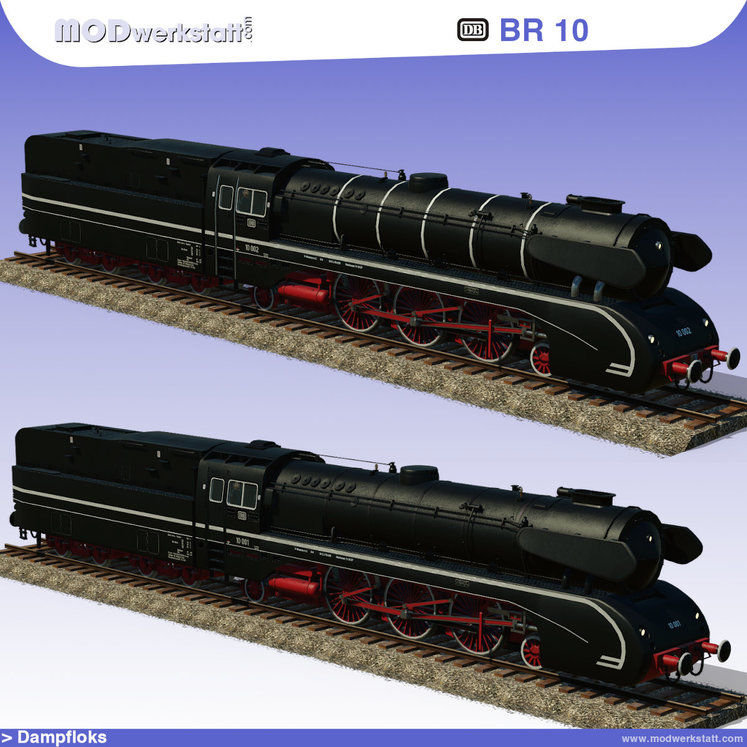 Go to any Transport Fever 2 mod page and you'll spot a seemingly endless amount of locomotive model mods waiting to diversify the vanilla game's range. The DB Class 10 caught our eye because, although retired in 1968, it's not only imposing but also has a certain sense of style that no other locomotive manages to replicate. 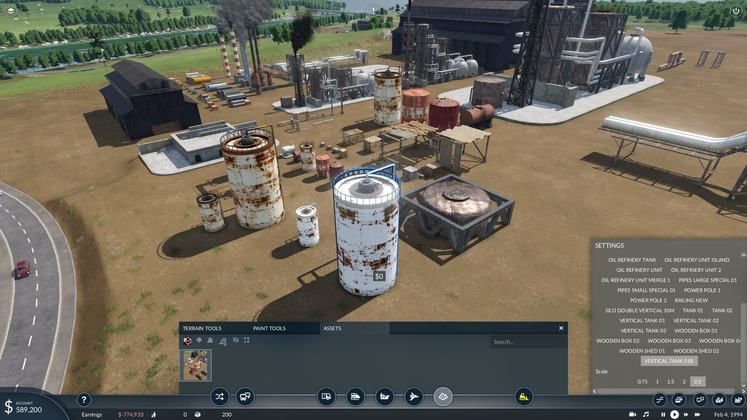 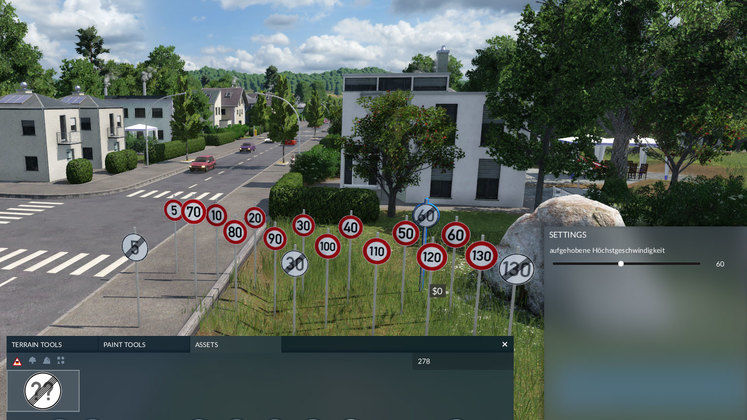 Connum's German Traffic Assets Mod adds tens of new German traffic signs to Transport Fever 2, adding to the variety of already existing signs and letting players go for a more thematic sign distribution across their cities. Some of the signs can only be used during specific time periods, which helps authenticity. 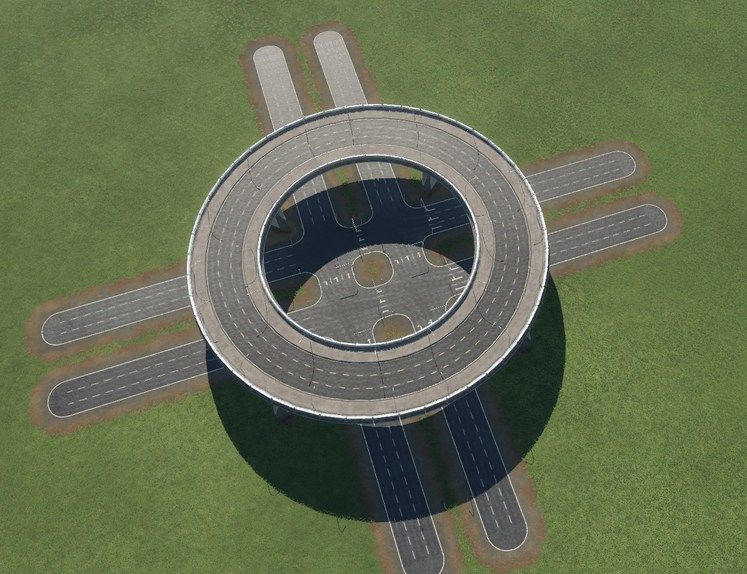 The Better Roundabout Mod adds more options for building complex roads in Transport Fever 2. As roundabouts not only look cool but also help with traffic fluidity, having the option to build a variety of them, including suspended bridge-like roundabouts, both enriches gameplay and adds to the aesthetics of your roads. 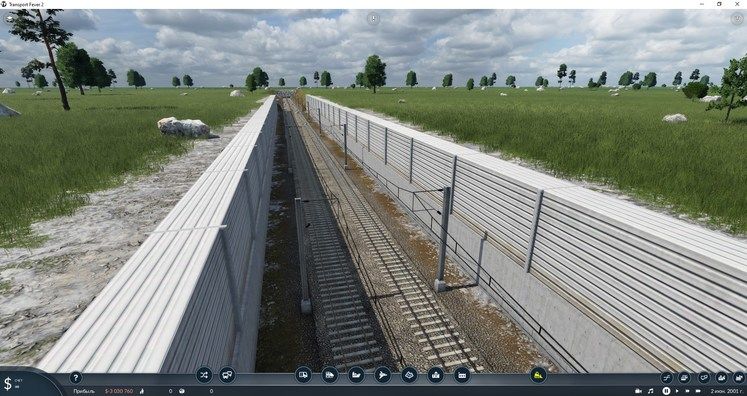 The Retaining Wall Asset Mod is one of those simple mods that does what it says on the tin. Installing it lets you build retaining walls – conspicuously missing from the base game – next to your rails and roads.