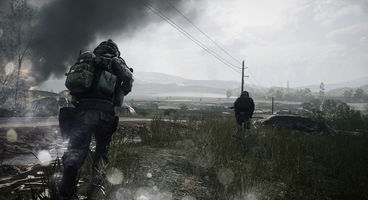 Internet forums can be emotional places, and even the most stoic gamer has probably once or twice angrily posted the wrong thing in the wrong way and earned themself a temporary ban. However, they're not supposed to be linked with in-game bans, which are generally issued to cheaters, hackers and the occasional racist spewing hate during a game.

Earlier this year, a gamer was banned from playing Dragon Age II inadvertently after being banned from EA for accusing the publisher of having "sold their soul to the devil". This was an accident, EA had claimed. According to EA senior director of customer support Boyd Beasley, “Unfortunately, there was an error in the system that accidentally suspended your entire EA account. Immediately upon learning of the glitch, we have restored the entire account and apologize for the inconvenience this may have caused while accessing other areas of the EA service.” The publisher then promised that the issue would be fixed.

Apparently, it hasn't been, as Battlefield 3 players have found that they are unable to play the game if they're banned in the EA forum. One user, who was banned for using the term "e-peen" was told by Customer Service in an email, “Please note that your account (email) has been permanently terminated from the Electronic Arts Online service for violating the terms of services. The account will no longer be accessible in any way, and all property, items, and characters associated currently are or will soon be deleted.”

If that sounds bad, apparently he'd made non-existent "repeat offenses", and there was no use in discussing the matter at all: “This action was necessary due to the repeated nature of the offense on the account. We regret having to take this final step, but it is entirely necessary on behalf of protecting the Electronic Arts Online community. The violation has already been discussed above so further communication on this matter won’t be entertained. We thank you for your understanding on all the statutes within the Terms of Service, and they still contractually apply to you as per the original agreement, especially the sections regarding terminated members of the service.”

Worse, players who are banned in the forums can't even play their game offline. Even if the user is rightfully banned from the EA forums, should it result in their inability to play the game they paid money for? Let us know what you think.

Strategy Informer will follow this story as it evolves.