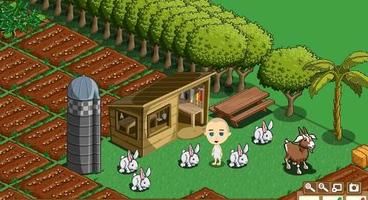 Pure evil.
Jonathan Blow, developer of Braid, has some serious issues with social networking games like Farmville and Mob Wars. He thinks these "social" games are fairly anti-social, and in the end - "evil".

"It’s about using your friends as resources to progress in the game, which is the opposite of actual sociality or friendship. Maybe not exactly, but it’s not the same thing, right? They’re really just called social games because they run on social networks".

Blow held up games like World of Warcraft and Counter-Strike (!) as social games because "Because you actually meet new people in clans or guilds."

Blow summed up social games as "evil": "Yes. Absolutely. There’s no other word for it except evil. Of course you can debate anything, but the general definition of evil in the real world, where there isn’t like the villain in the mountain fortress, is selfishness to the detriment of others or to the detriment of the world. And that’s exactly what (most of these games are)."