Riccitiello talks 'EA turnaround', "dropped the ball" a while back 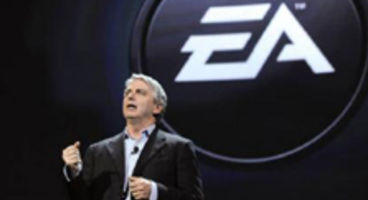 EA CEO John Riccitiello talks how the publisher, once at the top of the industry, had fallen from grace and was now successfully picking itself back up.

He said their "IP deteriorated, our costs went up" and they couldn't understand digital. Now they're one of the fastest growing again, thanks to sacrifices.

"Through this last transition to the PS3 era... for a whole bunch of reasons that are worth getting into, I think it's fair to say we dropped the ball," said Riccitiello. "Our IP deteriorated, our costs went up, and we didn't really have an answer for the rise in digital."

Since those troubled times EA has cut their title slate in half, slashed production costs and either restructured or closed down studios. They've also invested heavily in the ever-growing digital marketplace which has helped them out pace the competition in growth.

Free-to-play has proved a huge hit for them, which "on balance... in its current state of rivalry, is a better model than pay to play." FIFA Ultimate Team revenues exploded from around $10m to $40m when the core game price dropped from $10 to $0.

"As the head of our Playfish division likes to say, 'There's no such thing as free to play... it's play first, pay later,' and that's a very compelling model," said the CEO. EA don't intend to neglect their high definition audience though as its their primary business.

"We're going right at it. We want share, we want leadership position here," declared Riccitiello, speaking of World of Warcraft's MMO throne. "I'm not expecting to sort of knock them over, but ... we're gonna get a big chunk" of their market.

The Star Wars franchise offers enough difference to afford them innovation where other competing MMOs have lacked. BioWare's new technologies will set it apart.

"In a way, theirs is a silent movie and ours is the first talkie," he said. "By and large, theirs is not a voiced MMO. Ours is a fully voiced MMO in multiple languages." BioWare are keeping a lot of their 'tried and true' RPG mechanics in Star Wars The Old Republic.