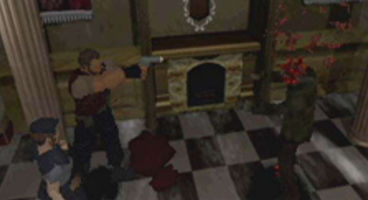 The Director's Cut was an update of the original '97 zombie masterpiece that switched locations of nearly all items, altered wardrobes and added a beginner's mode.

When it releases it will be priced at €9.99 / £7.99 on the EU PlayStation Store. It's a timeless horror classic worthy of making it to the PlayStation 3. The Director's Cut was released to help fans wait it out until Resident Evil 2 was released back in the day.