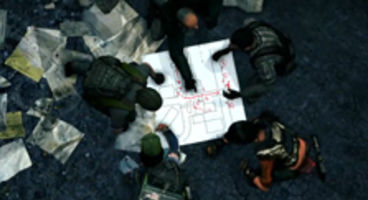 Publisher THQ has lost some market confidence as its stock value dipped $1.25, which is 21%, after 'what if' shooter Homefront reviews averaged 72.

80+ out of 100 is considered the threshold to define a game being 'viable' commercially. Despite the middling score sales are high, at least on Amazon.

Online retailer Amazon had Homefront as its number one selling game, besting Pokemon Black and White. THQ has said it needs to clear 2 million copies of Kaos Studios' Homefront if it's to break even on the investment.

Homefront released on Xbox 360, PS3 and PC March 14th in the US, and it arrives the 18th in Europe and the UK. It's THQ's highest pre-ordered title ever.