16 July 2011 | By Jonah A. Falcon
TopWare Interactive has announced that it is releasing the Two Worlds II: Velvet Game of the Year Edition this coming October 18. The special edition comes with the Pirates of the Flying Fortress expansion and all of the up-to-date upgrades. 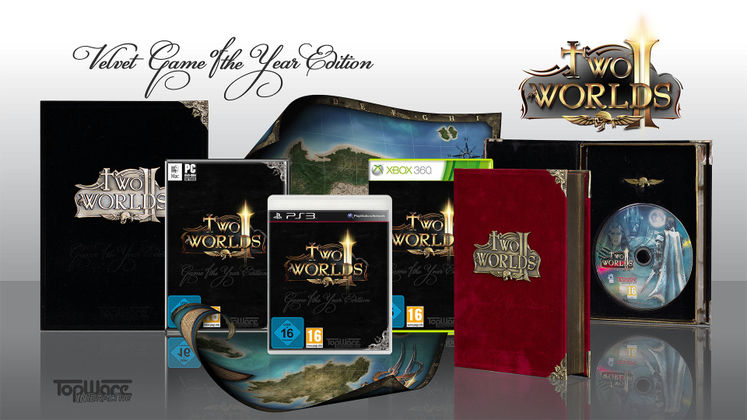 The Velvet GOTY Edition is called that with good reason: the limited edition collector's box will be wrapped in real velvet. The PC version will have black velvet, while the console versions will be wrapped in red. The special edition also comes with extras including a huge double-sided world map and a valuable pirate head pin collectable, which is also available in-game! There's also an extra disc containing artwork, wallpaper, videos, an extended soundtrack and two additional PvP multiplayer maps.

This limited collector’s edition will be available released for PC, Mac, Xbox 360 and PlayStation 3!