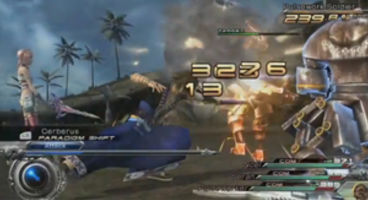 Producer Yoshinori Kitase of Final Fantasy XIII-2 hints that big change may be on the Final Fantasy horizon as gamers are "moving away" from turn-based systems toward more action.

It's what you "might term an action-RPG." XIII and XIII-2 have already begun a transition he says, as they "have those elements of speed and action" which are "key words for us".

Is it the end of an era? Kitase-san said it's the nature of the series to "present something new each time." Action-RPGs are a rising trend that you "ignore at your peril," he warned.

"I think the nature of the franchise is to present something new each time. In the global market we see many players moving away from games that used turn-based systems toward what you might term an action-RPG," Yoshinori Kitase told Edge. "FFXIII and FFXIII-2's battle systems have those elements of speed and action that are the key words for us, though that doesn't necessarily mean we're going to stick to the same route in our next game," he said.

"That's something only time can tell." Has the sun set on the turn-based ways of Final Fantasy?

Final Fantasy XIII-2 releases on Xbox 360 and PS3 January 31st in the US, February 3rd in Europe.