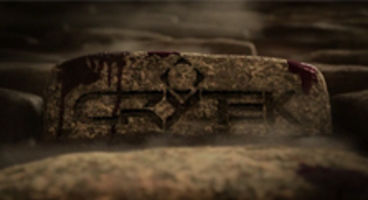 Exclusively for Xbox 360 from Crysis developer Crytek is a project codenamed Kingdoms, which is part of the studio stepping away from shooters.

With it only for Xbox 360 they can "crank out the last two or three percent" of the machine. Kinect could "within two or three years" be home to triple-A.

"Working with Microsoft allows us to do something really new and awesome from our perspective, and from gamers' perspective I think they'll have a very different experience with Kingdoms."

"We're looking at new challenges for the company and thinking about what experiences and types of games people may want to play. Whatever it is, we will try to do. The genre may not even exist yet for that matter, so what we're keen on is games that offer new experiences for every moment the gamer plays. This has been at the core of the evolution of new IPs at all of our studios," he continued. Crytek are keeping Kingdoms under tight wraps.

Whatever shape Kingdoms may take they want to be squeezing the Xbox 360 hardware of every last drop. "... I think when we put Crysis 2 out we will show a level that is, multiplatform-wise, maxing out, but we will look into with Microsoft how Kingdoms can push the Xbox 360 110 percent, to its limits," he said.

"When you're spending a multimillion budget only on the Xbox 360, that team will be able to crank out the last two or three percent left in the console. But I think that two or three percent will make the difference potentially between day and night that you cannot afford if you go multiplatform." Kinect has some potential too but not quite yet.

"Kinect games are currently very casual, mainstream focused and designed to expand the market, but within two or three years it may be that Kinect plays home to triple-A productions," mused the studio big boss.

Crysis 2 releases on Xbox 360, PS3 and PC March 22nd. Check out the Codename: Kingdoms teaser trailer below that aired at E3 2010.