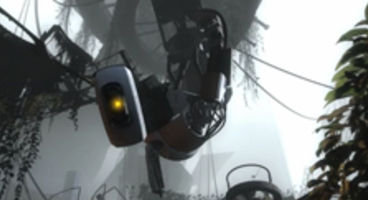 PS3 Portal 2 will introduce Steam on a console for the very first time and supports cross platform multiplayer and chat, plus cloud-based storage.

PC, Mac and PS3 gamers can enjoy each other's company with Portal 2. Those who buy the PS3 copy also get a free key for the PC/Mac version.

"We made a promise to gamers at E3 that Portal 2 for the PS3 would be the best console version of the product," said Valve's Gabe Newell in a press release. Linking your PSN and Steam accounts gets you a free copy of the game if you bought it on PS3.

"Working together with Sony we have identified a set of features we believe are very compelling to gamers. We hope to expand upon the foundation being laid in Portal 2 with more Steam features and functionality in DLC and future content releases."

"We designed the Portal 2 PS3 experience to be very straightforward for gamers," chipped in Portal 2 project lead Josh Weier.

"PS3 gamers will be able to simply drop the Blu-ray disc in the PS3, link to their Steam account from inside the game, and all their Steam friends (on PC and Mac) will be visible and accessible for chat and game invites."

Valve's come a long way since those 'we hate PS3' days. Portal 2 releases on Xbox 360, PS3 and PC April 21st. See the trailer below for what's in store.