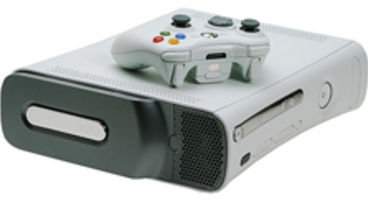 Microsoft has said a "very small number" of Xbox 360 machines aren't getting along with the new disc support that's included in the upcoming dashboard update.

A participant in the US beta got an email telling them their console had been detected over Xbox Live as incompatible, but Microsoft pledged a free Xbox 360 S.

<UPDATE> Microsoft has contacted us to clarify the issue and it's not tied to any specific model of the Xbox 360 and it's "unrelated to the upcoming update" from the dashboard beta. Below is the official statement from Microsoft:

Following a recent update to our system software, we have become aware of an issue that is preventing a very small number of Xbox 360 owners from playing retail game discs. This issue manifests itself as a unique “disc unreadable” or “disc unsupported” error on the screen and is unrelated to our recent public beta.

We are also able to detect this issue over Xbox LIVE and are proactively reaching out to customers that may be impacted to replace their console. Any Xbox 360 owners receiving this error are encouraged to contact us at www.xbox.com/support/contact so we can verify if the console has been impacted.

This disc read error message is tied to a change in the disc reading algorithms in a recent software update and is not specific to older or newer versions of Xbox 360.

Yes a completely free upgrade to the newer model of Xbox 360 was detailed in the email, as well as a free year of Xbox Live Gold membership. The model that wouldn't work was a 2009 made 60GB Pro. The new disc firmware rollouts tomorrow.

Will Microsoft be offering free Xbox 360 S models to all who can't use the new discs? Technically they would have to as otherwise surely they're in breach of some terms and conditions somewhere for effectively 'cutting off' console owners from playing games. 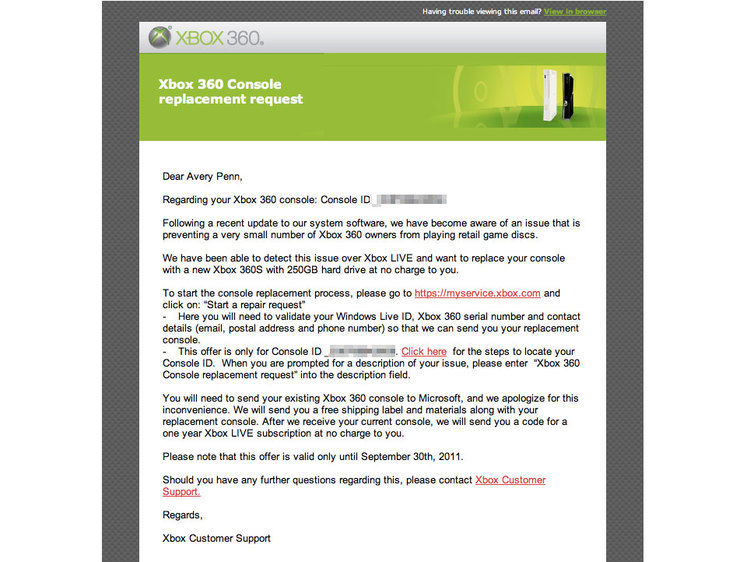