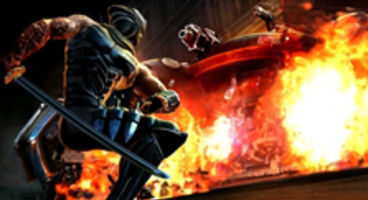 Team Ninja and publisher Tecmo announced at Gamescom that Ninja Gaiden 3 will be the first in the visceral series to support any motion controller.

All that "chopping through flesh and bone" fully supports PlayStation Move, which brings gamers "even closer" to Ninja Gaiden star, Ryu Hayabusa.

"We are really excited to announce this fantastic news at gamescom," said Team Ninja boss, Yosuke Hayashi at Gamescom in Cologne, Germany this week.

"Ninja Gaiden 3 is all about slicing and chopping through flesh and bone and PlayStation Move bring players even closer to the game’s protagonist Ryu Hayabusa," he said.

"The game will be compatible with all Move peripherals and it will feature full compatibility with this exciting new hardware." Ninja Gaiden 3 releases on Xbox 360, PS3 and Wii U in Q1 2012. Will it support Kinect or is Microsoft being left out?