Shadows of the Damned's Hell "really funny," not "mainstream" 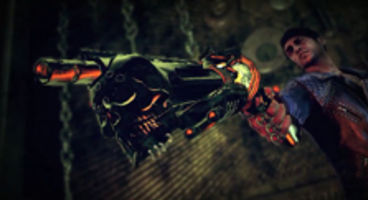 Goichi Suda, aka Suda51, of Grasshopper Manufacture has teased their vision of Hell in Shadows of the Damned is "really funny," and actually "closer" to us.

The Japanese designer called EA's Hell in Dante's Inferno "really mainstream and standard," which they wanted to avoid. It's scary but "really fun to play" as well.

Suda wants gamers comparing Grasshopper's and Visceral's versions of hell. "I think the Hell that they have is really mainstream and standard,” said the studio boss, referring to Visceral's Dante's Inferno. Suda51 wants to leave a unique mark on Hell.

"It’s scary, but at the same time it’s really fun to play, so I definitely want the player to see the difference between ours and theirs." Shadows of the Damned releases on Xbox 360 and PS3 this June. Are you looking forward to Grasshopper's Hellish action adventure?