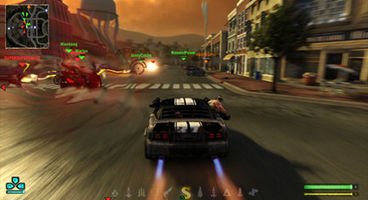 David Jaffe, the creator of Twisted Metal, has expressed an interest to make DLC for the PlayStation 3 reboot.

"Would love to support the new Twisted with DLC but as of now, we're totally 100% laser focused on getting the core game done," tweeted Jaffe, "I think we could intro new vehicles tho and keep the balance of the MP in mind, so I don't see DLC/Balance being the issue. The issue is more splitting your user base with the 'haves' and the 'have nots' BUT we have some ideas on how to deal with that as well if we ever get to make Twisted Metal DLC."

Twisted Metal will be released October 4 for the PlayStation 3.