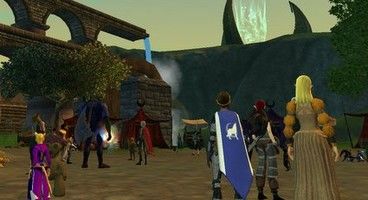 SOE president John Smedley discussed the next Everquest game, looking at its past and ahead to the series' future. The original has just been inducted to the GDC Online Awards Hall of Fame, the second game ever to be honored in that way.

Smedley compared EverQuest to Dungeons & Dragons and Magic: The Gathering:

"I look at EverQuest the way I look at Dungeons & Dragons. We're on version 4 of D&D and people are still playing in droves."

"I think it's going to go down as one of the big MMOs, as one of the pillars of online gaming in general. Our task now is to take the game and evolve it and make it into something new for today's fans. And I would liken that to the brilliant job J.J. Abrams did with Star Trek...the reimagining of it. That's what we're doing, and we've got some cool new things in store for players with the next one. We're hard at work on it, and we don't have anything to say about it yet, but I will say we're very stoked about it and putting our best people on it."

If you've played EverQuest in the past - or still do - let us know what you would like to see in the next game.