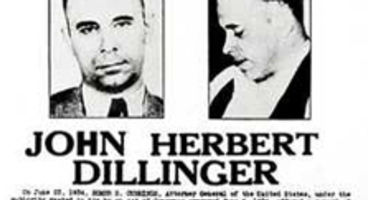 The Dillinger family has been ruled against in a court battle with EA over the use of the name in connection with bank robber John Herbert Dillinger.

The family estate cited 'right of publicity' regarding Dillinger used for an in-game weapon, however EA succeeded as the Judge said it couldn't apply.

The U.S. District Court of Southern Indiana came to the decision that the 'right of publicity' law doesn't apply because it was passed after John Herbert Dillinger died, who was a 20th century bank robber and his name used in EA's The Godfather.

The court also allowed EA to use First Amendment defence in the use of the Dillinger name as portraits of John Herbert Dillinger have become synonymous with the Thompson submachine gun over the decades since his crimes and death.

A little ironic considering this flared up around a videogame series dismissed largely as nothing but a cash-in. The games just couldn't capture the iconic films. At least this is one more victory for the games industry and not another court case opportunist.