20 July 2011 | By Jonah A. Falcon
Bethesda has announced in its official blog that the third downloadable content pack is now available for Fallout: New Vegas, called 'Old World Blues'. The DLC title comes from "an expression in the wasteland called 'Old World Blues.' It refers to those obsessed with the past they can’t see the present, much less the future for what it is. Their eyes are like pilot lights, guttering and spent, the realities of their world continuing on around them as they stare into the past." 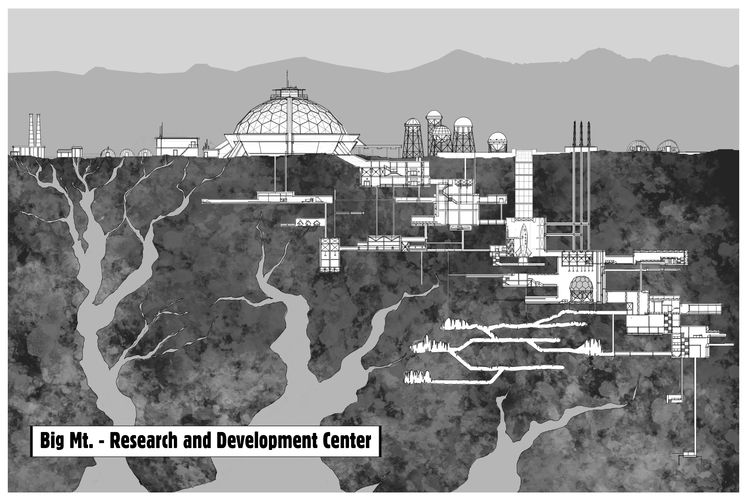 Bethesda has some interesting descriptions of the theme of the game as well. A good chunk of the DLC takes place in a science enclave called "the Big M.T.", and the development team "watched and paid respect to some of the 50s science fiction films from Brain from the Planet Arous, Things to Come!, Forbidden Planet, When Worlds Collide, the Deadly Mantis, Tarantula, the Mole People (although we pushed some of that out for the next DLC), the Monolith Monsters, and more. There’s also a little Wizard of Oz thrown in for good measure… although it’s in the Fallout context."