Chris Capel had his brain, spine, and heart removed. Then he became a games critic.

This week on the US PlayStation Store is indie made Limbo as well as zombie surviving Dead Block, and Fallout: New Vegas gets the Old World Blues DLC. 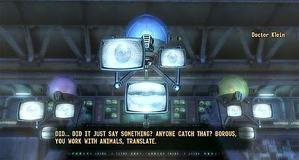