The Outsider not canceled 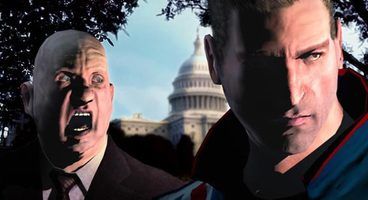 Contrary to earlier reports today, The Outsider has not been canceled. However, there has been a lot of movement with the project that has been in development since 2005.

Frontier’s David Braben had claimed earlier today that the game had been canceled along with the firing of 17 members of the developer, stating, "We have had to change priorities because of requirements on other unannounced projects." The game had two publishers that picked the game up then dropped it - Codemasters had publishing rights at one point, and Electronics Arts dropped the game after having intentions to publish the game at the end of 2011.

However, Braben has changed his tune, stating, "There is still publisher interest in the project, and we haven’t canceled it." The game continues its long, tortured life as an unreleased vaporware.