Sony prefer to lock "exclusive parts of games" to PlayStation 3 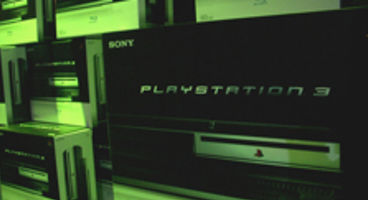 Instead of flashing cash and promises to "lock down games exclusively" for the PlayStation 3, Sony in fact prefers the studios produce PS3-only bonuses.

They want to "lock up exclusive parts" of the game with third-party publishers. Total exclusivity limits its "promotional power" which isn't great.

"We work very closely with our third-party publishers, not necessarily to lock down games exclusively, but to lock up exclusive parts of games," explained Sony's Scott McCarthy.

"A good example is Batman: Arkham Asylum, where you could only play as the Joker on PlayStation 3." Another more recent example would be the upcoming Mortal Kombat including God of War's Kratos in the PS3 version.

"When you make a title exclusive, you limit its promotional power; we don't want to do that. We want games to be as big as possible - it's great for the industry."

"However, we want to make sure that you play it on the best system possible, so we like to take parts of games and make them exclusive to the PlayStation system." Over the years a number of PlayStation-only franchises have gone multiplatform, like Grand Theft Auto.

Sony struck a deal with Ubisoft for Assassin's Creed: Brotherhood that saw the Copernicus Conspiracy DLC releasing only for the PS3 version of the game, adding new missions. Microsoft is no stranger to locking down content either, even if only for a time.