21 July 2011 | By Jonah A. Falcon
Capcom has announced that Marvel vs. Capcom 3 will be getting an Ultimate Edition, which will be released this coming November for a budget price of $39.99. 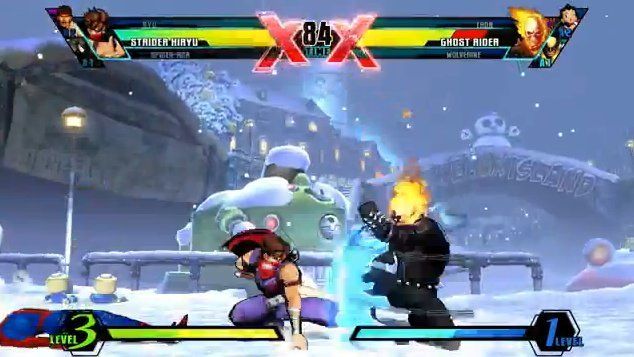 Some of the new features to be found in Marvel vs. Capcom 3 Ultimate Edition include:

* Spectator Mode where you can watch online battles between players.

The twelve characters being added to the game brings the roster total to 50. While Ghost Rider and Hawkeye from Marvel, and Strider and Firebrand (of Ghosts 'N Goblins fame) from Capcom are confirmed, the rest have been leaked, and include Dr. Strange, Nova, Iron Fist, Rocket Raccoon from Marvel, and Frank West, Phoenix Wright, Vergil and Nemesis from Capcom.

Frank West will probably be used to fighting after becoming a Luchador wrestler in the upcoming Dead Rising 2: Off the Record.

The announcement trailer can be viewed in the video below.