Bowling: "Definitely the majority" migrate to new Call of Dutys 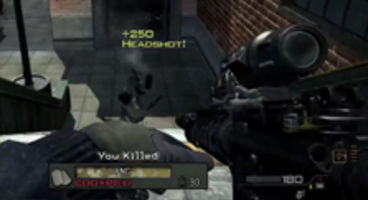 Infinity Ward's Robert Bowling says the studio's biggest competition is "always with ourselves," as there are "still millions" playing past instalments.

Fans are "very much lined up" for the next major Call of Duty, which is thanks to Infinity being "extremely accessible" and a 'genuine' relationship with the community.

"I think it's all about understanding your audience, and that's what we focus on doing. Our biggest competition is always with ourselves. There are still millions of people playing our last games in the franchise as a whole, and our last games as developers," said Robert Bowling, creative strategist at Call of Duty creator Infinity Ward.

"So, it's about looking at that and using that knowledge base to guide our decision-making in the future," he added. Call of Duty 'took over' from EA's Medal of Honor.

"We have very passionate ideals, so we go with our core beliefs about what makes our games good, and then on top of that we take the knowledge base of the 30 million people playing Black Ops online and try to blend those ideas to determine where we want the Call of Duty experience to go; how we're going to change that experience."

Just how much of the Call of Duty community embrace new Call of Dutys? "It is definitely the majority of people. Just looking at the concurrent players now, the players at launch and the Modern Warfare 3 pre-order numbers, it is a massive amount of people," he said.

"Our audience is very much lined up for the next iteration, and I think that's because we are extremely accessible as developers and the fans genuinely know that they have that relationship with us."

"They can trust that their feedback has been important to us, has been listened to, so they're very excited to see something that they very much have had an ability to shape."

Call of Duty: Modern Warfare 3 releases on Xbox 360, PS3 and PC November 8th. Are you one of the 'majority' that jump at the chance for the new Call of Duty, videogamer?