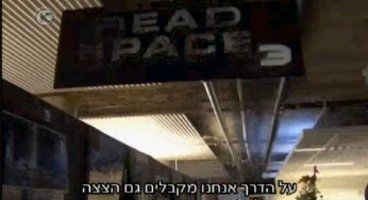 Israeli news show The Headlines may have accidentally revealed that Electronic Arts is working on Dead Space 3, IGN has reported.

During a shot of the EA's corporate headquarters at Redwood Shores, a banner saying DEAD SPACE 3 can be seen. There's very little in the way of mistaking it as anything but a game title logo.

Naturally, Electronic Arts gave a "No comment" style of response, simply stating that EA doesn't "have any news about Dead Space at this time."

It's hard to believe that this is a hoax, but it would be odd for EA to have that banner hanging there for a TV station to see. On the other hand, it would also be difficult to believe that EA isn't currently working on Dead Space 3, since the second game was a smash hit on PC, Xbox 360 and PlayStation 3.