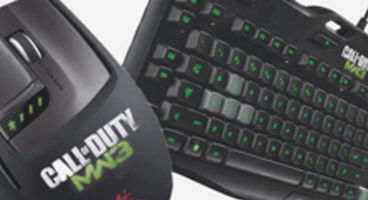 Want to know exactly what the PC crowd can expect with Infinity Ward and Sledgehammer Games' Call of Duty: Modern Warfare 3? An FAQ arrives.

We're promised "a lot of graphic options," like depth of field and such, and they add security is a "major focus" to stop cheaters. It's "fully integrated" with Steamworks.

"PC players can fully customize their private / dedicated server games through full control over Class Restrictions, Custom Gamemode creation, access to unique private match modes like One in the Chamber,Gun Game, and Infected, as well as save their custom games for future use," states the Infinity Ward FAQ for PC Modern Warfare 3.

"You have a lot of graphic options, including enabling and disabling of new rendering features such as SSAO, you'll also be able to modify DOF, Shadows, Anti-Aliasing, Texture Resolution and more." The PC circle also get a Remote Console (RCON) to use.

"Security is a major focus for Modern Warfare 3, especially coming out of Modern Warfare 2. We will be utilizing multiple methods of Anti-cheat and Security methods, including Steam's VAC system, CEG, and our own propriety methods implemented to provide multiple layers of defense in keeping online multiplayer fun, fair, and secure for all players without limiting the control they expect on PC," continued the developer.

The PC version is "fully integrated with Steamworks," which includes the Steam Friends List alongside the in-game friends list, the Steam Server Browser as well as the in-game one, Steam Achievements and chance to join friends' matches.

"We value the PC player and have gone to great lengths in providing a more rich experience for our players. We keep our ear near the ground and try to deliver items most requested," said Infinity Ward. Check out the full PC Exclusive Information & FAQ article.