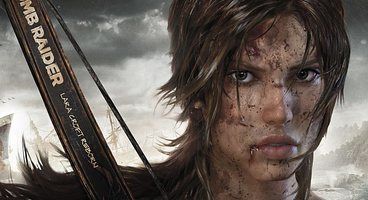 A reboot of Tomb Raider will be hitting sometime next year that will tell the origins of the iconic Lara Croft, portrayed as a 21 year old shipwreck survivor who becomes embroiled in what seems to be an occult plot.

There is also a live action film set for 2013, written by Iron Man writers Mark Fergus and Hawk Ostby and produced by Graham King, who recently teamed with Martin Scorsese on Hugo.

King revealed what the tone of the film would be, likening to the James Bond and Batman reboots Casino Royale and Batman Begins.

"Listen, the box office, they weren't disasters but I find it interesting that the story that we're telling is really the story before she became Lara Croft, so it is a character piece," related King, "It does have a lot of really great characters, but it's a lot of action and a lot of fun, and for me, it's something very different. I've not really done a movie like that before, but I really gravitated to rebooting this franchise and we're going to give it a shot."

Tomb Raider had been brought twice before to the silver screen by Angelina Jolie in the role of Croft. It's unlikely Jolie will be reprising her role.