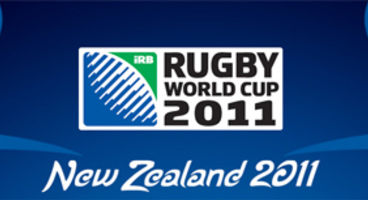 505 Games and HB Studios have announced that Rugby World Cup 2011 will be arriving on store shelves on August 26, along with snagging an exclusive video games partnership with the Rugby Football Union (RFU).

What this means is that the official licensing agreement grants the exclusive use of the Rugby World Cup 2011 England team strip, emblem, players’ likenesses and the Home of England Rugby, Twickenham Stadium, within the game.

“From a developer perspective, working with an official licence always opens doors on the way to creating a more immersive gaming experience,” commented Alastair Jarvis, General Manager at HB studios. “At HB, we feel uniquely placed when it comes to rugby game development, and tying up a deal such as this only makes our dream of creating the definitive, authentic rugby title achievable.”

Rugby World Cup 2011 will be the first seventh generation rugby title released on the Xbox 360 and PlayStation 3. The game will challenge players to pick from the 20 Rugby World Cup 2011 participating teams and attempt to lead their team through the pool phase, and progress to the final with the opportunity to lift the prestigious Webb Ellis Cup. The game will faithfully recreate everything associated with the tourney, including national rivalries, venues and player personalities.

This iteration of the series will allow online gameplay for the first time on Xbox Live and PlayStation Network. “As with any sports title, we feel authenticity is key with Rugby World Cup 2011, and with that in mind, the involvement of the RFU was an essential element of this title,” commented Ian Howe, President, 505 Games. "With further partnerships yet to be announced, we’re confident rugby fans from around the world will be impressed with the roster of likenesses and stadia within the game.”

For more information about the game, visit the official website here.