22 September 2011 | By Jonah A. Falcon
Turn 10 has announced a Season Pass for Forza Motorsport 4, which will pre-pay the six major downloadable content packs that will be released at regular intervals. The pass will cost 2400 Microsoft Points, which will represent a 30% savings on buying the DLC individually. The DLC will be released between November 2011 and April 2012, with 60 cars over the course of that time. 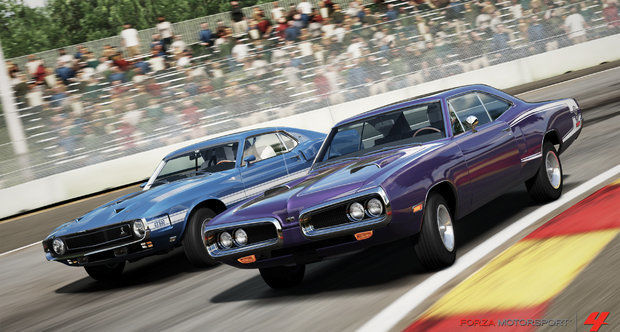 As a bonus for purchasing the Season Pass, gamers will also get a bonus "American Muscle Cars" pack, which includes:

Forza fans who preorder the limited Collector's Edition of Forza 4 in the UK will get the "Launch Bonus" DLC car pack, which will include:

Turn 10 also announced that they will be releasing a new "Making of..." video highlighting their work on recreating the legendary Brickyard at the Indianapolis Motor Speedway. The video will be posted in a few days.