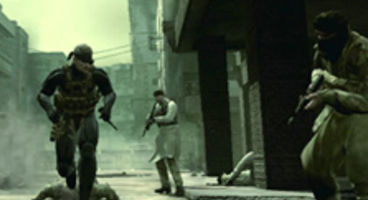 Doing the rounds is the rumour that Hideo Kojima will most likely be announcing Metal Gear Solid 5 at this year's E3, according to PSM3 magazine.

It's been three years since Metal Gear Solid 4: Guns of the Patriots landed on PS3, with only action spin-off Rising to be seen as any kind of 'sequel'.

"MGS maestro Hideo Kojima's got some big announcements for E3 in June: one a quasi-logical step for an existing game, the other... well, we'd be shocked if MGS5 wasn't on the table at some stage. Or under it. In a box," wrote PSM3.

MGS4 was marked as Solid Snake's last adventure taking on the world's secret problems, but some just can't let the poor soldier rest easy. At E3 it wouldn't be surprising if Kojima Productions unveiled more of MGS4 running on Sony's NGP.