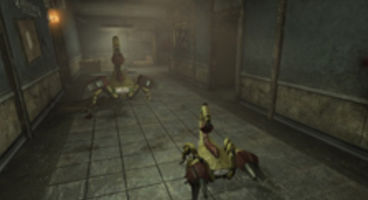 No longer releasing this month, Fallout: New Vegas' Old World Blues DLC is now heading for July. A trailer for the latest add-on will arrive "in the coming weeks".

It will release on all thee platforms simultaneously. We learn how Majove's monster population came to be as we "unwittingly become a lab rat".

"Prior to release, we will release a new title update for New Vegas. Along with adding support for Old World Blues, the update will bring improvements to performance and stability in major areas," said Bethesda in a statement.

According to the official blurb we discover "how some of the Mojave’s mutated monsters came to be when you unwittingly become a lab rat in a science experiment gone awry."

"You’ll need to scour the Pre-War research centers of the Big Empty in search of technology to turn the tables on your kidnappers or join forces with them against an even greater threat." Old World Blues is releasing on Xbox 360, PS3 and PC July 19th.

Have you enjoyed Fallout: New Vegas DLC so far, videogamer? The next and presumably last piece of add-on content for the Obsidian developed RPG is Lonesome Road.