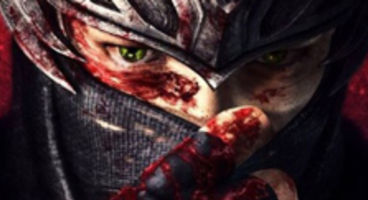 Team Ninja has explained they're making Ninja Gaiden 3, "not easy," but a lot more "accessible" to players. It not just for "really good, skilled people."

They're focused on making it the "number one 3D action game" and its protagonist Ryu Hayabusa. Team Ninja want to be "providing excitement" non-stop.

"Team Ninja's aim with Ninja Gaiden 3 is twofold: to be the number one 3D action game of the time, and secondly, the main character is Ryu Hayabusa. They're the two things we're focusing on," revealed Team Ninja head Yosuke Hayashi.

"Then, providing excitement, which is not only from the difficulty. That's just one of the elements. It's more like having excitement from fighting an exciting boss. That is what we needed." Tomonobu Itagaki no longer works on Ninja Gaiden as he quit.

"With the previous Ninja Gaidens, you were playing and you were excited, but it was more about putting the controller into the TV screen or something," Hayashi said.

"That kind of excitement we were focusing on and aiming for. So that's why for you maybe it was too difficult at that time." Ninja Gaiden 3 is seen as something of a reboot for the IP and for Team Ninja to prove their worth in the series without its creator.

"That's one of the elements. We're not focusing on it, but focusing on providing excitement." Ultimately they want more people to feel they can pick up the game and enjoy without needing to dedicate endless hours to get good at its style of play.