SEGA's "reinvention of classic" IP is for "next three-five years" 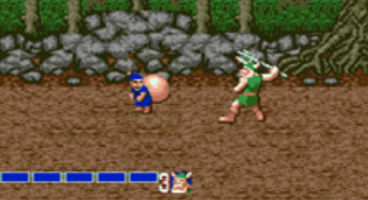 President Mike Hayes of SEGA West has affirmed they'll keep 'reviewing' what IP there is in their back catalogue to see if it would survive a revival today.

It doesn't always work out, like Golden Axe on Xbox 360 and PS3, he notes. Fans will "continue to see a reinvention" of their classic IP for years.

"We constantly review the IP we’ve got in the locker because that’s one of Sega’s big advantages,” revealed SEGA West boss, Mike Hayes.

“And when we bring it out and do it properly, like re-imagine Sonic or doing Sega Rally Arcade Online and stuff like that, we have success. Some of it when we try and do it, like Golden Axe on PS3 and 360, it didn’t do so well."

"So we carefully look at each IP and every month, we review the locker of IP and think, ‘how could we release those and if so, what are we going to? Will it be a big game, digital, free-to-play?’ We constantly look at it. What I can say is that you will continue to see a reinvention of classic Sega IP coming to various platforms over the next three-five years.”

Hayes calls it a "cornerstone of our strategy," and SEGA has Shinobi coming to Nintendo 3DS. “Shinobi on 3DS is a good example and some of the digital games we’re releasing are good examples, like the Golden Axe redeux and stuff like that. So you’ll see more of it, but we literally look at it all the time," said Hayes. Sorry, "no plans for Shenmue City.”

Have SEGA revived something of their past you couldn't miss out on?