Ghost Recon: Future Soldier dropped for PC due to piracy 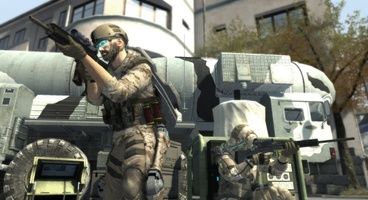 UbiSoft had revealed yesterday that I Am Alive had been dropped as a PC game due to piracy. It seems that there will be no Ghost Recon: Future Soldier for the same reason, and the reason PC owners will have to settle for the free-to-play Ghost Recon Online.

In an interview with PC Gamer, Ghost Recon Online producer Sébastien Arnoult related, "We are giving away most of the content for free because there’s no barrier to entry. To the users that are traditionally playing the game by getting it through Pirate Bay, we said, ‘Okay, go ahead guys. This is what you’re asking for. We’ve listened to you – we’re giving you this experience. It’s easy to download, there’s no DRM that will pollute your experience.’"

He added, "We’re adapting the offer to the PC market. I don’t like to compare PC and Xbox boxed products because they have a model on that platform that is clearly meant to be €60’s worth of super-Hollywood content. On PC, we’re adapting our model to the demand."

Ghost Recon Online was the best way to get Ghost Recon fans their game on the PC platform without having to deal with piracy or intrusive DRM. According to Arnoult, "When we started Ghost Recon Online we were thinking about Ghost Recon: Future Solider; having something ported in the classical way without any deep development, because we know that 95% of our consumers will pirate the game. So we said okay, we have to change our mind.

We have to adapt, we have to embrace this instead of pushing it away. That’s the main reflection behind Ghost Recon Online and the choice we’ve made to go in this direction."

Let us know if you're interested in Ghost Recon Online, which looks startlingly good for a browser-based game.