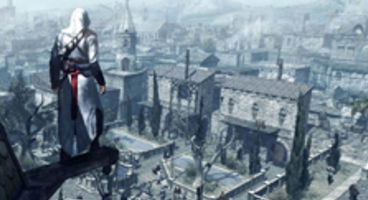 Ubisoft Montreal is on the hunt for a writer to help them build a mighty Assassin's Creed encyclopaedia, to help keep tabs on all those Templar conspiracies.

The studio wants a real 'in the know' fan of Assassin's Creed to make sure no stone of lore is left unturned. Examples of encyclopaedia entries to be considered.

To be in with a chance at getting to scribble official Assassin's Creed facts down so those poor Ubisoft developers don't forget how many conspiracies they're spinning, you'll need the following to be true about your person:

- An accurate knowledge of the Assassin's Creed universe

Living as close to Montreal as possible is obviously a big help too. "Beginners can apply, we wouldn't want to miss out on someone passionate and talented just because he or she doesn't have a five-year experience," read the Ubi Workshop job post.

if you fancy yourself a brain brimming with Assassin's Creed knowledge then why not check out the job offering with Ubisoft Montreal?