Funcom has no 'concrete plans' for Age of Conan 360 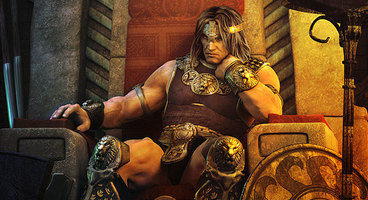 Conan is bored of waiting for the 360 to catch up.
Funcom has admitted that it has "no concrete plans" for the Xbox 360 version of their MMORPG Age of Conan: Hyborian Adventures, which was announced years ago but has slipped into the status of vaporware.

Funcom executive producer Craig Morrison stated, "There's no plans for it at the moment. We would like to go there (console) at some point in the future but there's no concrete plans for Conan at this time."

"As many other games have found, launching an MMO on a console was much more complicated than anyone had accounted for,"

he said. "There's still some evolution to be done."

The chief reason for the lack of Age of Conan on the Xbox 360 was that the MMO proved too much for the 360 to handle, presenting "more challenges than we envisioned".

As for the other Funcom MMO aimed at the Xbox 360, The Secret World, they haven't given up on it yet. Morrison promised, "As a company we are continuing to work on console technology, now that we have a separate technology team who's developing the Dreamworld technology independently of the games.

"We have a tech team here in Montreal that are not tied specifically to any of the projects: they only work on improving our platform and improving our tools."

"But we still work particularly with Microsoft on looking at the technology platforms and working towards being able to have our Dreamworld technology at least working on the Microsoft consoles."

Are console MMOs important? Let us know what you think.