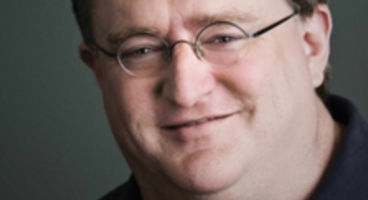 "We certainly can deliver a lot of value to customers to the degree to which we have those capabilities. With the PS3 obviously we made a lot more progress with that," said Valve boss Gabe Newell, talking about Steamworks on console versions of their games.

"The PS3 customers of Portal 2 are going to start to see the benefits of that with Portal 2 DLC coming out in September. So we'd really like to be able to do that for Xbox customers as well." Could Steamworks be in Xbox 360 Counter-Strike: Global Offensive?

"The main thing is having Microsoft get comfortable with it and let us do it. Right now, there's a huge amount of updates and free content we've been able to deliver to people who have The Orange Box that we haven't been able to deliver to the Xbox because of the restrictions that have been placed on us on Xbox Live," continued Newell.

"We'd love to see those relaxed. Other developers on the PS3 are starting to benefit from Sony's more open approach. Hopefully that will help Microsoft see that's a good strategy for making customers happy, that the barbarians won't tear down the walls of Xbox and turn it into some chaotic wasteland." Microsoft is notoriously xenophobic with Xbox Live.

Dust 514 from EVE Online developer CCP is a prime example of Sony's willingness to trust third-party developers to deliver content their own way, notes Newell: "It's up to developers who are taking advantage of Sony's openness to prove that was a good choice by Sony. They said, OK, we're going to trust you guys and take this different approach."

"But now it's up to us and other developers to prove out that was a good decision, to show that, yeah, we can create a lot more value for gamers this way."

"I'm pretty confident that's going to happen." Gabe Newell says Valve detests 'player islands' that get created because cross-platform play is prohibited. The studio believes it should be gameplay design that dictates whether communities can play together or not.

Check out the full interview between Gabe Newell and Eurogamer. Will Microsoft ever open the Xbox Live gates to those third-party barbarian hordes?