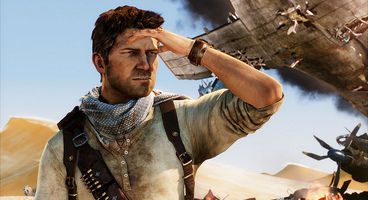 Sony has been pulling out all the stops in marketing their upcoming action title Uncharted 3: Drake's Deception, spending over £5 million in the UK alone, which includes extensive crosspromotions and a short documentary by The Last Samurai and Shakespeare in Love director Ed Zwick.

The documentary, The Hero’s Journey, will air on YouTube, and features appearances by Diane Kruger and Michelle Rodriguez in addition to protagonist Nathan Drake's motion and voice actior, Nolan North.

According to Sony Computer Europe's Ian Vinten “This will be the biggest launch in SCE UK’s history, both in terms of ambition, numbers and spend and will be supported by a marketing budget of around £5 million."

To really reach that mass audience at launch we will be running a large outdoor campaign with a number of different premium formats including high quality 48-sheets as well as builds across the country.”

Uncharted 3: Drake's Deception will be released on the 1st November in North America, and 2nd November worldwide.